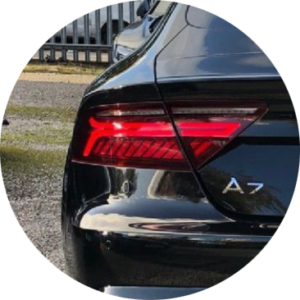 Stephen builds websites and then lingers to look at his incredible work.
Doing this has always given him the drive to carry on.

RSCast will be a thing from Monday!

There were rumours and now the myth has finally been busted.
RSCast will start on Mondays and will feature some of RSC’s best casters, streamers and special guests.

“You may have noticed that over the last 2 streams there have been some little teases of what is coming in the RSC, it’s time to announce those plans.”Earlier today, Archaon announced.

Releasing just an image(logo) for the new RSCast on stream for 5 seconds, had people talking all over RSC about what it could entail.

Today, all was made clear!

Archaon went on to explain – “Our Stream Schedule and the way we do things are being overhauled. With the amount of growth we’ve had, despite making it fair and keeping records of how many teams people are on stream, it somehow gets questioned each week, so games will mainly be chosen and announced for the week on a Monday.”

RSC EU has grown substantially over the past couple of months, everybody has been a massive part of the growth, however the main cause of this is the production quality of RSC EU.  From the streams to the way the league is run, everything is very well thought out and executed in a way that no other league has managed. It’s apparent that the team are passionate and really take the meaning of ‘team’ to a new level.

“We have streamed almost daily since Covid started to provide people with something to watch during lockdown”The team at RSC EU have really tried to entertain their community by hosting a stream nearly every single day, this however hasn’t come without problems Archaon explains –
“i’m sure you agree it has gone on longer than intended, it is getting increasingly hard to get streamer and caster availability to match.” –

“Streams are also being refined to 3 streams a week lasting 2-3 hours.”Due to this, we’re told that to improve quality of streams and allow their streamers and casters the opportunity to get some breathings space, maybe a little gaming time to themseleves that RSC EU will be focusing more on 3 streams a week which will last 2-3 hours per stream. This will allow them to really maximise on the quality rather than the quantity and in turn, increasing their viewership overall.

To the point – because of the cut down on streams RSC EU have ingeniously come up with RSCast, the talk show which is unique to RSC EU, the talk show that will either make you or break you as a player and even allow the people tuning in to meet the people behind the scenes and the players who rock their world on the streams.

RSCast will also feature Clips, banter, POTW (Players of the week) and TOTW (Team of the week) allowing not just the greatest players the casting eye, but the underdogs who are underrated by many or who have just been missed.

Being able to talk about current standings, round ups and predictions, we are looking forward to seeing all the banter and chat the stream will have to offer.

Archaon did close with – “but please bare with us while we get everything made.” – As will all new ideas or ventures, there’s a learning curve, as much as the amazing team at RSC EU have prepared for RSCast to run as smoothly as possible, there could still be some places where improvement could be made, stepping up and understanding that is one reason why we all enjoy playing and sticking around in the RSC EU league and discord!

So come and tune in Monday for the very first RSCast and finally see what is top of the list to talk about this week.
There should be quite a bit, considering we’re so far in.

Stephen builds websites and then lingers to look at his incredible work.
Doing this has always given him the drive to carry on.

With week 9 coming to an end in RSC, here is your weekly round up. ELITE Volvo V70 (1997) moves further down