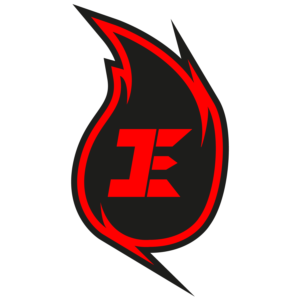 Weekly Round Up – Week 6

With week 6 coming to an end in the RSC, here is your weekly round up.

Rias legion consumed position 8 in the elite standing, which comes off Bionic Beavers dropping another position in consecutive weeks. Bionic Beavers are now down to 9th at the close of week 6 compared to 7th at the end of week 4. This goes to show how important each game is.

As we move further up that table and into the playoff positions, both Preludes Nocturne and WaveDash’s Chain-Dash move up to 3rd and 4th respectively. The difference between the two sides being exactly two games and 4 goals. We’ll be keeping a close eye on these two teams as were sure they’ll be battling it out in the coming weeks. All this leading up to them facing off against each other in the final week of RSC Season 6.

With talk of play-off positions now being a big topic within the Elite teams, it will come down to the right mentality and focus as we head into week 7. Senpais who currently sit bottom of the Elite standings on 14 games won, are still in contention for the playoffs. If they were to secure 8-0 this week they would need to beat both Nocturne and Iovi to show they are worth a playoff position. This shows how close Elite is and that anything can change in one week.

Finally if we look to the top of the Elite standings The Concealed and Inferno are sitting comfortably in 1st and 2nd. The Concealed sitting on 39 wins and Inferno with 35 wins.
Surely these two teams have secured their playoff places. However, with 5 weeks remaining it is still all to play for.

It has been a hectic week in Major as nine teams have had some sort of movement in the standings. Whilst Rhapsody remain untouched at the top for the sixth week running.

However, it’s not all plain sailing for Rhapsody as they’re only 1 win ahead of Blaze, who have moved into 2nd place at the close of week 6. Only time will tell if Blaze can seize this opportunity or if Rhapsody has what it takes to pull away.

As we move down the table the stakes get even higher. Megumin Cult have moved up into a playoff position at 6th after securing a sweep against The Hidden and taking a crucial game away from Toyota Corolla (1995). Down in 12th with 19 wins we have Android #16, who can jump into the playoff positions with just 4 wins and the other results going in their favour.

With it being so close in Major it is no surprise it is the most talked about tier in RSC.
All teams have a total of 10 series left to secure their standings, and now is the time where the pressure begins to mount.

Can The Hidden, Pollux, Ragnarok or Fusion pull out a spectacular performance moving into week 7 to push themselves into the playoffs. With only 2 games between the aforementioned teams you are not going to want to miss week 7 of RSC.

Ember, The Veiled, Uranium and Deathlok have all moved up positions in the standings with good results in week 6. However, a not so good performance week for Sirius, Genesis and Double-Tap who all move down positions. As we move into week 7 all 12 teams will sure be focused on either remaining in playoff positions or making strides towards them.

Currently sitting in sixth position, The Veiled will be focused on providing good results this week as they only sit in sixth due to a superior goal difference. Down at the bottom we have Valhalla who will be looking at taking a step in the right direction as they only sit 4 wins away from a playoff position.

With minor being just as close as major, there is no better time to get involved with RSC.
By this time next week, we could see another hectic shift in the standings as this season is slowly edging towards its end with week 11.

Nezuko Gang are on absolute fire right now as they end another week on season 6 in top spot.
And this comes as no surprise to anyone as in just over halfway through the season they have scored 158 times. The closest they have in terms of competition is Spark, who sit 4 games away and 41 goals.

Playoff positions will be the main attraction as everyone in Challenger is wanting a chance to show why their team deserves to be there. As it currently stands Neptunium sits in sixth with 23 wins. Further down the standings we have Half-Flip who currently sit on 15 wins, that’s just one perfect week away from playoff contention.

This week though some teams will be wanting to bounce back and make strides to climb up the table rather than fall down. Asgard, Imoutos and Borg all have the opportunity to bounce back and get one step closer to those desired top 6 placements.

The team to keep an eye out for this week is Vauxhall Zafira (2000) as they currently sit in seventh place. However, this week they face off against Spark and Regulus who sit 2nd and 8th respectively. This is by no means going to be an easy week for Vauxhall.

Aerial are sky high in week 6 after showing complete domination against bottom of the standings Droid and beating playoff contenders Yggdrasil. No one can seem to compete as they are the only team in Prospect who have not lost a series. How long can they keep this going?

Terra and Maika Faction have made movement up that table into 2nd and 4th respectively.
These two teams will be teams to keep an eye on going forward as we reach the end of season 6 as their playoff positions aren’t safe just yet.

Further down the table we have Otoutos who have now moved into tenth from eleventh after delivering good performances in week 6 and finally gaining some traction. Prelude, unfortunately move down into eleventh after a not so good week.

Droid sadly goes 0-8 once again as they just can’t seem to get the team on the same wavelength. And now with playoffs being mathematically possible but unrealistic, they need to ask what needs to change to avoid this happening next season.

However, all is still to play for in week 7 as anyone from 8th can still realistically make playoffs.
The top 6 will certainly see many more places switch up in the remaining 5 weeks of RSC Season 6.

With week 9 coming to an end in RSC, here is your weekly round up. ELITE Volvo V70 (1997) moves further down